Did you mean to search for an archival record? Use Collections search
Filtered by
Artist: Peter McIntyre

McIntyre attended the University of Otago in 1930, studying for a BA with the intention of becoming a journalist. However in 1931 he left his studies to travel to England, where from 1931 he studied at the Slade School of Fine Art, London. McIntyre graduated in 1934 with prizes in composition and figure drawing.

From 1935 until 1939 he worked as a free-lance commercial artist in Britain, while also exhibiting contemporary art works, influenced by the English avant-garde and French cubism.

Following the outbreak of the Second World War in 1939, McIntyre enlisted with the 34th Anti-tank Battery, a New Zealand unit formed in London, and was sent as a gunner to Egypt. In Egypt he provided illustrations for the war magazine Parade as well as doing advertisements he sketched members of the Second New Zealand Expeditionary Force (2NZEF).

Exhibitions of McIntyre’s artworks toured New Zealand both during and after the Second World War. Immediately following the war he worked as an artist in Dunedin, producing portraits and landscapes. In the decades following the war McIntyre won a number of art awards, and published eight books. He was awarded an OBE in 1970, and died in Wellington on 11 September 1995.

McIntyre's was profiled in 1943 by the National Film Unit in Weekly Review 119. Peter McIntyre
Sidi Rezegh, the Nzers [New Zealanders] advance to the attack on the blockhouse, November/December 1941
1941 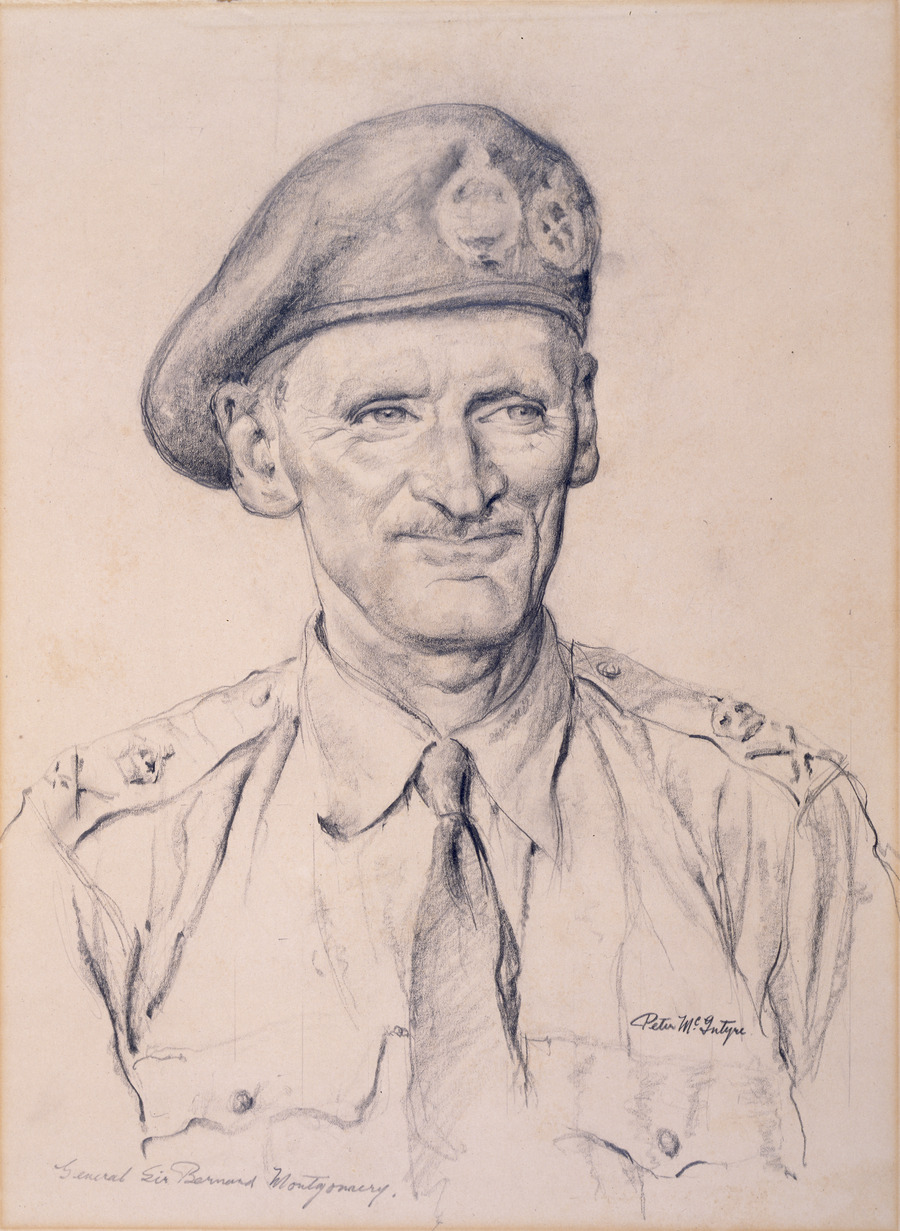 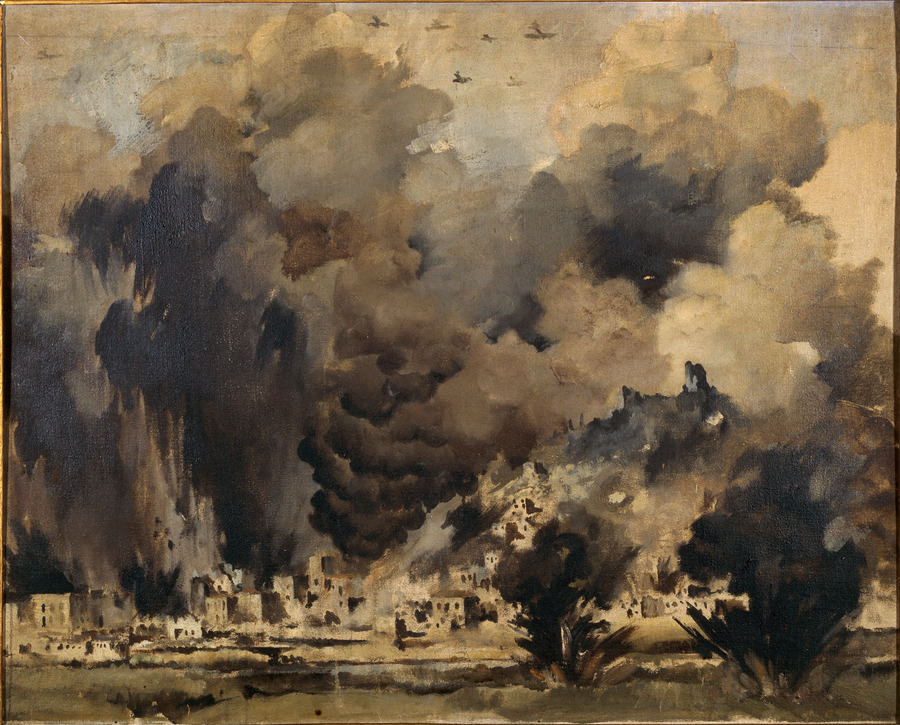 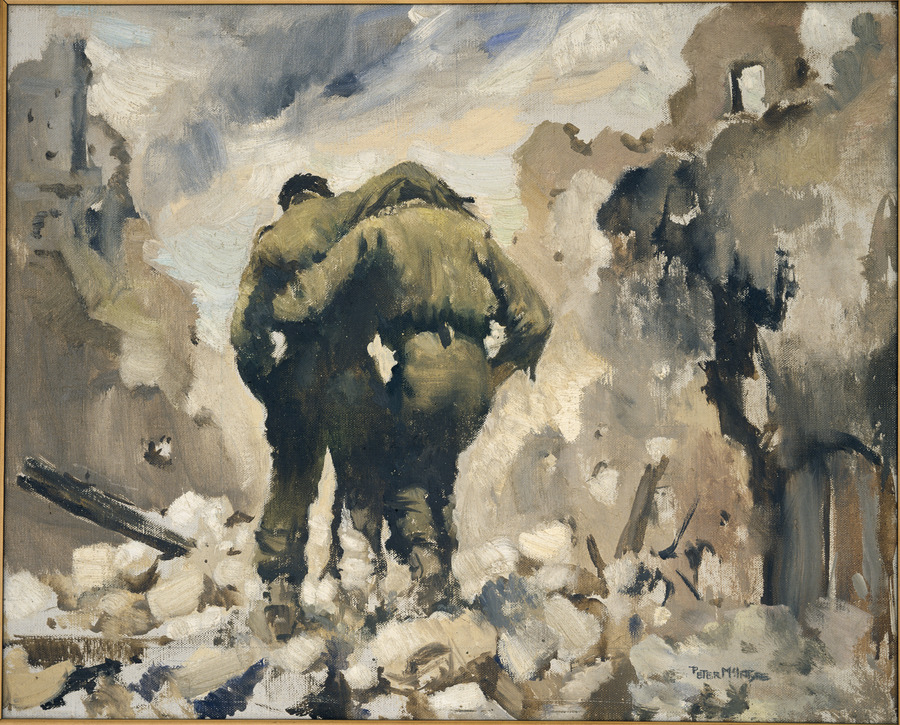